We had this photo taken so that we could send it to 'Ken's Cycle Center' in Tennessee, which is where Andrew worked before he came to Papua New Guinea and also where the T-shirts came from. 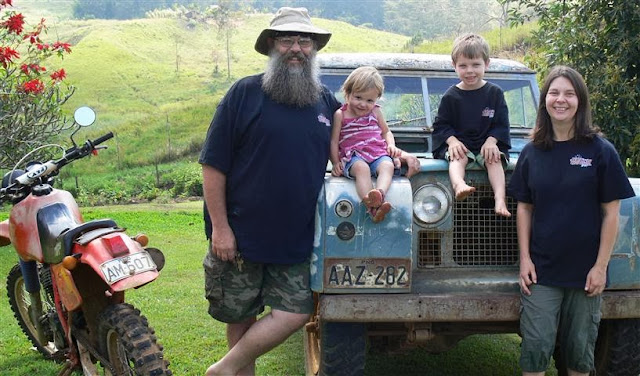 These are Andrew's two vehicles that currently run.  We affectionately refer to the 1963 Landrover as the 'Coconut Car' because 'Powered by Coconut' is written on the side. Andrew won't be driving this car very much over the next few weeks though: Once again, the bridge to Kainantu (our nearest town and our only access point to the 'Highlands Highway') is in a bad state of repair.  At the moment, small vehicles are still driving over it (if the owners are willing to take the risk) but it means that it's increasingly difficult to obtain supplies.  Diesel and petrol/gas are usually sold at the Autoshop but last week Andrew had to put out a notice saying that sales would be limited for the foreseeable future.

It wouldn't help if the 'Coconut Car' really was powered by coconuts because coconuts only grow in coastal areas, which we'd have to cross the bridge to get to! 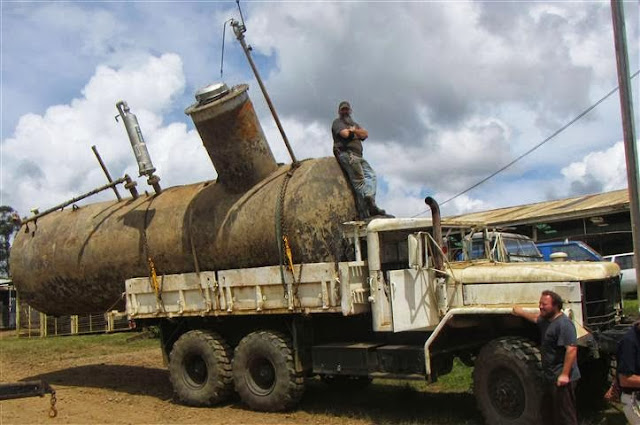 To find out what this photo is about, see Andrew's latest blog post!
Prayer Points:

- We praise God that the first five months of Clare's pregnancy have gone very well.

- We have have had several months of good health.  Levi and Heidi are both doing well, with Levi enjoying his new preschool class.

- Andrew has a lot of engines to work on at the Autoshop, but not a lot of time to work on them.  He has 'Executive Committee' meetings for the next two weeks, and then we'll be leaving for the UK in a little over two months.  Please pray that he will prioritise well and not get discouraged.

- Please pray that more people will join our team of financial supporters so that we are able to cover all of our regular expenses for the rest of this year and in the future too.